The Dawn: the Order of the Star in the East in New Zealand

The Dawn, January 1918. The Order of the Star in the East NZ news letter. A movement that arose within Theosophy (A movement that has at various times  had a significant following in New Zealand including Prime Minister Sir Harry Atkinson and Edmund Hillary) to prepare the way for the coming of the “Word Teacher“.

“Theosophy, as far as I can gather, is a version of esoteric Yoga prepared for western consumption, so I dare say its legendry must have some sort of basis in Oriental records. One can disregard the theosophy, and make good use of the stuff about elder continents, etc. I got my own ideas about Hyperborea, Poseidonis, etc. from such sources, and turned my imagination loose.” – Clark Ashton Smith 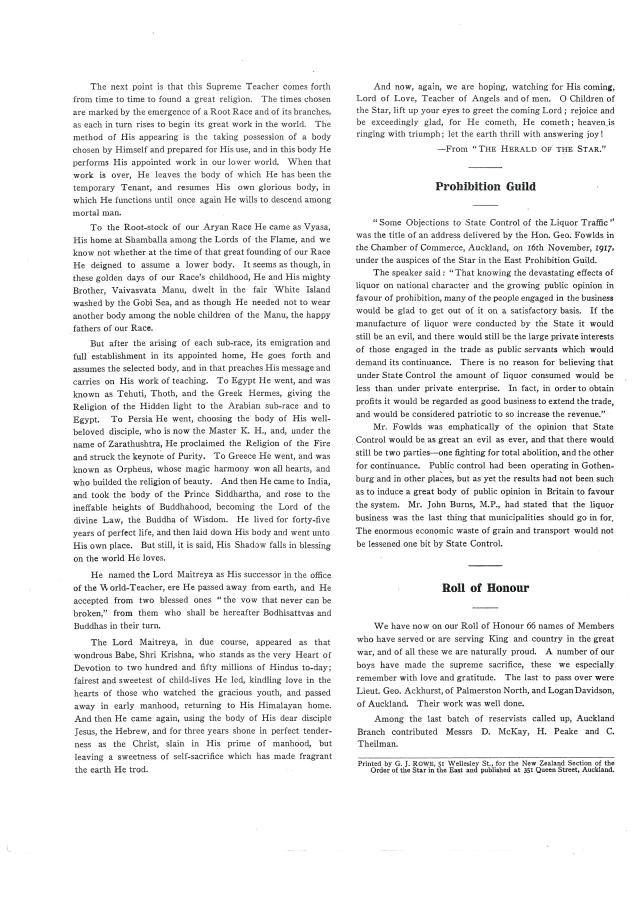 This entry was posted in International and tagged Cult, International, NZ, Theosophical. Bookmark the permalink.